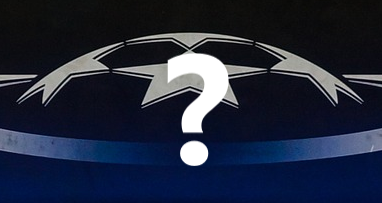 Last April day and first eight days of May will be decisive for Champions League 2018/2019 edition. There are just four teams left. Two of them are rather surprising and two of them were always favorites. We will see the combination of favorite and outsider in the final. Here is our prediction of semifinals series outcome.

75% success rate is not bad at all. We could be satisfied, but frankly, we are not. The overall success rate is fine, but we are declining from round to round. Now we have three matches left to prove we can do better.

Ajax beat Real and then Juventus. The scenario was much the same. Loss or draw at home and then straight win away. Surprising? Definitely. Can they repeat? I doubt it. This time Ajax cannot be placed easily to outsider position. Their chances with Tottenham are more-less equal. And there is the change of matches series. Ajax will start away in London. Tottenham is opening the new stadium in a really big way. They will be Harry Kane-less, but they already proved they are strong enough without him too. We think Tottenham should prevail with a slight margin.

BARCELONA – LIVERPOOL
Match days: 1st May and 7th May

Two favorites, but just one will be playing the final in Madrid. Liverpool is battling for the title in Premier League and they cannot rest the players during a weekend. Barcelona is in a much better position in the Primera Division and they already rested Messi before quarterfinals. Barca will do the same, so their star players will be fresher. That can decide the matches. We are going with Barcelona this time.

Our pre-season pick was Manchester City and we stuck with it till the final whistle of their quarterfinal match. If we could pick the winner now, we will go with Barcelona.

ALL OUR SOCCER BETS CAN BE FOUND HERE