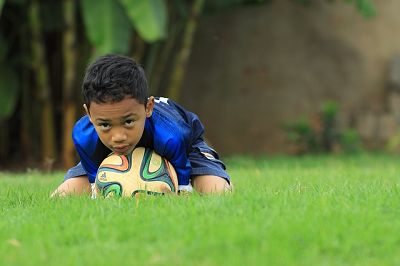 Neymar or Mbappe are the usual names which come to the mind when speaking about most talented young soccer players. However, there are more players who are worth to follow. We offer three players who should be considered every time we speak about future soccer superstars.

Real Madrid does not have the best season, but glimpses of a better future can be seen. Vinícius Junior is probably the biggest promise in current Real squad.

He came last summer for 61 Mio € (53 Mio $) from Brazilian club Flamengo. He is just 18 years old and he is not extra productive yet. Vicinius played in 13 matches so far and scored just once for Real which is not stunning. However, his presence on the pitch is seen even from the highest seat at Santiago Bernabeu stadium. He is not afraid to play, to show tricks, to prepare scoring chances for teammates. He needs to shake off the nervousness and push more when in the penalty box, but it just needs the time. Do not forget, he is just 18 and this is his first season in Europe, in a little bit nervous time for Real Madrid.

Vinícius has talent and skills to be one of the best soccer players in the coming decade. Every soccer fan will know his name in the future and the more informed fans know his name already.

Polish forward Krzystof Piatek is not a new guy in a scene. He is 23 years old and came to Italy in summer 2018 for 4.5 Mio €. He had five seasons in Polish Ekstraklass in his resume, where he scored 39 goals in 105 matches. His last season in Cracowia was outstanding with 21 goals in 36 matches. His arrival to Genoa was perfect too. 13 goals in 19 matches in Seria A and 6 goals in 2 matches for Genoa. What else do we need to say about him?

Maybe that he scored 4 goals in his first 4 matches for AC Milan.

He is 23 years old and he has enough space and time to be much better. Piatek is a player with the sixth sense. The sense for scoring goals. He is able to score for any position in 25 meters radius from the goal. His scoring numbers are extraordinary in average clubs, so how high they can be in a top European club?

Following Krzysztof Piatek would be easy, just read the list of top scorers in Italy and Europe.

He is 24 years old and was far from the focus of many soccer experts in his days in La Liga. He played there two seasons for Athletic Bilbao and Real Valladolid. No Barcelona, no Real Madrid or Atletico. There were a lot raised eyebrows when the transfer to Chelsea was announced.

Now he is a part of Chelsea squad and fans are cheering his name. In his young age (for a goalie) he is one of the best at the moment. He is the man of the future for Chelsea and for Spain national team too.