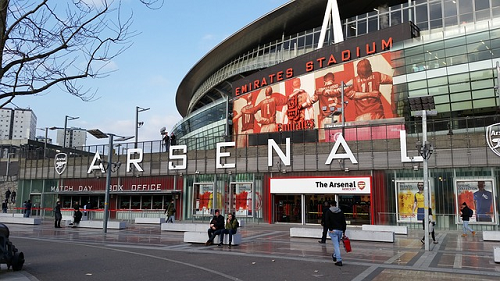 Start of the new soccer season in Europe was pretty eventful. Let us focus on three interesting things. Two are Premier League based and one is about Italian Seria A.

What is wrong with City?

One loss and one draw in the first five matches? That is not a scenario that fans, players, coaches, and owners of Manchester City dreamt of before the season. Five points gap on Liverpool is just too much. The draw against Tottenham at home was unfortunate (with late goal called off by VAR) and therefore no warning was seen then. However, loss at Norwich was a strike into the face of all. Such losses can cost City a title much sooner as everybody expected. Liverpool looks very solid this year, winning matches easily with no substantial effort. Advice for City fans is simple: Focus on Champions League.

Many expected Arsenal London to be a prime contender this year. Number 3 in Premier League. Unai Emery had enough time to form this team. However, Arsenal is going from bad to worse. Defense duo Sokratis and Luiz are far from the top. It was not a coincidence that Chelsea let David Luiz go during the summer. They (and not just them) knew he is far from his best years. The troubles Arsenal defense is causing this season is immense.

Another critical thing is the lack of interest of many players. Xhaka, Ozil just to name two best examples are out of physical conditions, out of focus and out of the game most of the time. It is a problem not just on the field but also off the field. Young players as Nelson Reiss miss the guidance and mentoring they need at this time of their career.

I am afraid that Arsenal will not be fixed any time soon. Not this season, not next season.

Seria A – What an offensive league

Forget about Italian football as an example of pure defensive soccer. This season it is a pure joy for any soccer fan. Goal average per match in the first three rounds is attacking 3.0! Even the past three seasons were not as bad as you would expect from inventors of “catenaccio”. Goal averages per match were 2.96 in 2016/2017, 2.67 in 2017/2018 and 2.68 in 2018/2019. I strongly believe that this season Seria A overall goal average can exceed 3.0. Seria A is really fun to watch and you should not miss that fun.