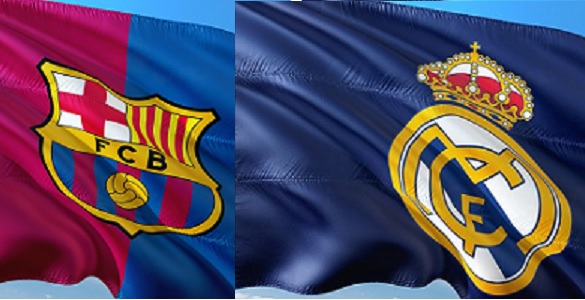 Barcelona versus Real Madrid is the biggest rivalry in the football world. There are a lot of fierce matches, but El Classico is the only one. This is rivalry not only for Spain fans. The gap between Barcelonistas and Realistas is everywhere. Every football fan around the world can root just from one club of these two. Barcelona vs Real Madrid. Nothing between. The Rivalry.

FC Barcelona was founded in Catalunya in 1899. Real Madrid was founded in 1902. The rivalry is not reserved just for football. It is widespread to all sports where both clubs are present. And it draws to politics too.

The split between the clubs is also on political lines. FC Barcelona is the product of proud Catalunya that wish for its independence from Spain. Real Madrid is the club of royalists, of Spain. Word “Real” essentially means royal.

FC Barcelona plays at Camp Nou with a capacity of 99 354 seats.

Real Madrid plays at Estadio Santiago Bernabeu with a capacity of 81 044 seats. However, Real Madrid recently presented plans for the reconstruction of its stadium to make it more modern and bigger.

Famous Players of the past

There were hundreds of player who let their footprint on one of the clubs. We will name just a few biggest stars of the past.

The first match ever between FC Barcelona and Real Madrid was played on 13th May 1902 and Barcelona won 3:1.

Overall the teams played against each other 275 times. 242 matches were in competitions, 33 matches were an exhibition or friendly ones.

Every match FC Barcelona vs Real Madrid is important, but there are three major competitions that value the most.